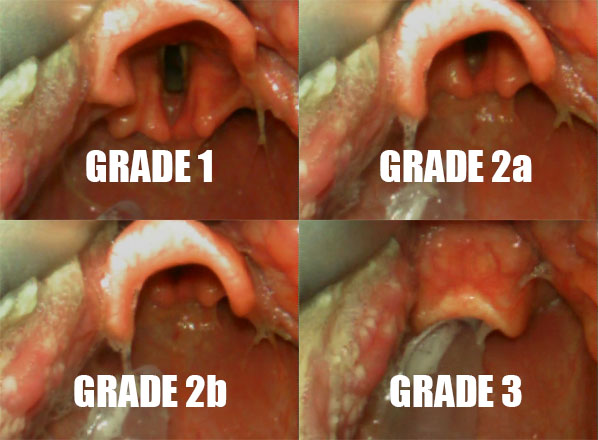 Originally described by Cormack and Lehane in 1984, the Cormack-Lehane grading system has been present in medical education as a model for describing views in intubation.  It was studied in obstetric anesthesia and reading the article demonstrates its antiquity.  The article gives a personal shout out to Sir Robert MacIntosh, as in the inventor of the MacIntosh blade.  The score was updated in 1998 by Yentis et al to include partial views of Grade 2, namely Grade 2a and 2b.  Intuitively, worse scores are less frequent and associated with difficult intubation as demonstrated:

The MCLS was challenged by the POGO score or Percentage of Glottic Opening score.  Also intuitively described, this measures the glottic opening on a scale of 0-100% with 0% being a non-visualized glottis.  A study in 1999 demonstrated higher inter-rater reliability when using the POGO compared to the MCLS.  Regardless of which description you use, being able to accurately describe your view while intubating keeps everyone in the room on the same page.

Koh, L. K. “The Modified Cormack-Lehane Score for the Grading of Direct Laryngoscopy: Evaluation in the Asian Population.” Anaesthesia and Intensive Care, 2002.

iThere are no comments