Definitions for the Modified Mallampati Scoring

Performed by having the patient open the mouth, extend the neck and the tongue.  With or without phonation. 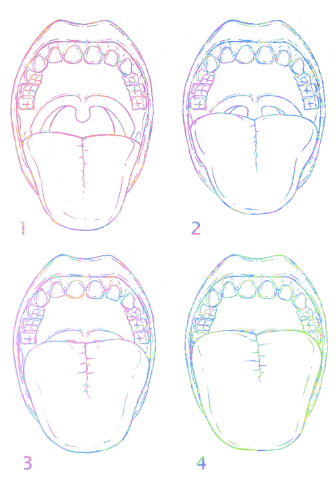 The Mallampati scoring system takes into consideration several key anatomical concepts.  Most notably, it considers the size of the tongue in relationship to the oral cavity.  This means, besides the patients natural anatomy, alterations such as angioedema, trauma and limited mandibular mobility will affect the score.

First, what is a difficult airway? Difficult intubation has multiple definitions in the literature. Most often this means

The original study was done in pre-op patients by anesthetists, residents and NP’s in 1985.  To correlate a ‘difficult intubation’ a grading system very similar to the Cormack-Lehane grading system was used, with a grade III or IV being considered difficult.  This study used the original three class grading system and did have a correlation between higher classes of Mallampati score and poor visualization of the glottis as shown:

This study is consistent with estimates of difficult intubations being between 5-10%. Intubations were carried out in the sniffing position.  Of course, no video laryngoscopy was used.  Original scoring system included three classes: Class I: Faucil pillars, soft palate and uvula visible, Class II: no uvula visible, Class III: only palate visible.  The original Mallampati scoring system has mostly been replaced by the modified Mallampati which is described above.

Since the original study, some 40 articles have looked at the Mallampati scoring system and attempted to correlate to a difficult intubation.  These are summarized in the 2006 meta-analysis, “A Systematic Review (Meta-Analysis) of the Accuracy of the Mallampati Tests to Predict the Difficult Airway”. Keep in mind, very few studies have approached the ED population- most studies are done in pre-op patients by anesthetists and all were in controlled environments. Some studies also included special populations, such as patients with acromegaly, and notably, obstetric patients seem to have a disproportion in the literature.  Overall, the evidence is luke warm; for a Class III or IV Mallampati score predicting difficult tracheal intubation:

This ultimately is not high enough if used alone for reliable prediction of a difficult airway.  This in conjunction with fairly low inter-observer rating questions the utility of the Mallampati scoring system in isolation.  I believe the key point is to ultimately presume every airway, especially in the ED population, will be difficult and be prepared in all intubations.

Lee A, Fan L, Gin T.  “A Systematic Review (Meta-Analysis) of the Accuracy of the Mallampati Tests to Predict the Difficult Airway.” Survey of Anesthesiology 51.3 (2007): 132