Brian Driver is three years out of residency and working at Hennepin County, MN., also where he trained.  I got an opportunity to ask him a couple questions about his study and the culture at Hennepin that breeds an 80% use of the bougie on first attempt.  Check out the Q&A below.

Introduction:
The bougie is often considered a rescue device when an intubation isn’t going so well.  The coude tip is thought to reach more anterior glotti and its slim design allows for insertion in even the most edematous airways.  Current benchmarks place first pass success in the low to mid-eighties yet the bougie is used less than 5% of the time.  This study describes the difference the bougie can make on first pass success when used routinely.

Methods:
This was a retrospective review of video collected in the resus rooms of a large academic institution. In combination with the medical record, 543 ED intubations were reviewed for first pass success.  Three investigators, blinded to the primary outcome of the study, independently noted airway characteristics (facial trauma, obesity, positioning etc.), noted bougie use and marked first pass success.   Nearly all intubations were with a MacIntosh blade and were performed primarily by 3rd and 4th year residents.  Other data such as hypoxia, number of attempts and use of video were also noted.

Driver et al. definition of first pass success:
A successful intubation with a single laryngoscope blade insertion.  Insertion of a laryngoscope was considered an attempt regardless of whether an attempt to pass an ET tube or bougie was performed.

Results:
Eighty percent of intubations used a bougie in the first attempt.  Of these, the bougie was associated with a 95% first pass rate compared to 86% with ETT and stylet.

After multivariable logistic regression modeling, the bougie was associated with a first pass success odds ratio of 2.83 [95% CI 1.35 to 5.92].  Other interesting results included an odds ratio of 5.04 when using video (more support for video) and a longer time to intubation (14s) when using the bougie.  This is understandable given the additional time of shuttling a bougie and the occasional hang up we see with the tube passing though the cords.  Unfortunately, the effect of the prolonged intubation time was not a primary outcome and no conclusions could be drawn.

Discussion:
The FPS rate with the bougie is exceptionally high whereas the FPS with just the Mac blade and ETT is about on par with other benchmark studies.  Remarkably enough, there aren’t many studies that assess the use of the bougie.  Two studies from the early nineties recorded much lower success rates but were seriously flawed in that half the users had used the bougie three or fewer times.  Hennepin may represent a population that is very well rehearsed in bougie use and its high first pass success rate reflects that.  The Hennepin success definitely raises questions as to whether or not the bougie should be used every time.  Further discussion with Brian Driver below:

Thanks for taking the time to be interviewed, let’s start with something straightforward: are you more of a video or direct guy?

I like the CMAC just cause it enables me to do both; I prefer to do direct but I like being able to switch devices if I want- if I change my mind or patient characteristics dictate, I can switch to video. 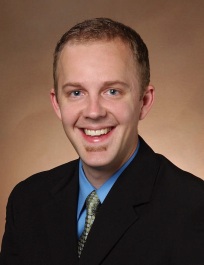 What was the concept for the article and what made you want to do the study?

Being trained here, we do use the bougie a lot and of course that just seems normal to use.  Later in residency I found out we were an outlier in our bougie use- I kinda wanted to study if this was an independent factor that helped us with first pass success or if it was just a crutch that we used or how it fit into our airway management.

You guys marked 80% of your intubations as being with the bougie, so was that normal culture before the study? or did you preface the study by encouraging even more bougie use?

So back in the late 90’s, one of our docs introduced the bougie.  He had heard about it from some British docs and ordered a few bougies and brought them into the ED and actually conducted a randomized trial with a couple hundred patients but never got around to writing it up.  So, since that time we just used the bougie a lot.  So typically, how we use it is, our respiratory therapist prepares a regular endotracheal tube and a bougie and the resident takes a look.  As soon as they have their view, they decide which one they want.

So the bougie is out every single time?

Right, the bougie is out and ready for every single intubation.

I think it varies person to person but definitely there are some folks who think it’s easier to do the same thing every time and they think it helps enough that they do it for even the easiest airways.  Which doesn’t necessarily make sense, but that’s just where their comfort level is.

Do you think that after getting this study done, you went from 80% of intubations using the bougie to 99+%?

We actually are currently doing a randomized trial of bougie versus no bougie just to answer if there was some bias by patient selection. So, we’ve enrolled 600+ patients so far and we have another couple months to go.  So for the last year it’s been 50/50 for the first pass.

So how much do you think the 14 second longer intubation effects clinical outcome, what’s your gestalt?

One of the things that I think helps with learning intubation that the bougie helps with, is, whenever you use a tube it blocks the view of laryngeal inlet just as it enters it, and novice intubators get a little nervous about that.  Whereas the bougie just doesn’t have that drawback, maybe that’s another reason we see that improvement in success.

Thanks Brian! looking forward to your next study!